As Cleveland’s only publicly accessible waterfront space in Downtown, Voinovich Park is a very popular stop for iconic Cleveland wedding photos.  Located at the end of the East 9th St. Pier, great views of Lake Erie, the Cleveland Skyline, Browns Stadium, the Rock Hall, and Great Lakes Science Center are all readily available.

The central focal point of the park is the now-famous Cleveland Script sign with the skyline in the background.  This is a very popular photo stop for bridal parties and tourists alike, so you may have to ba patient.

Your limo driver will be able to drop you off at the entrance of the park but you will have some walking to do to get to the lake views and the script sign.  Be sure that someone has your limo driver’s cell phone number because he is probably going to have to drive around while we shoot.  Parking near the park for photographers can be very difficult so if possible, we love to be able to just ride with you in the limo to the park.  If we are not able to because of the logistics of the day, we’ll just need a few extra minutes to take care of that. 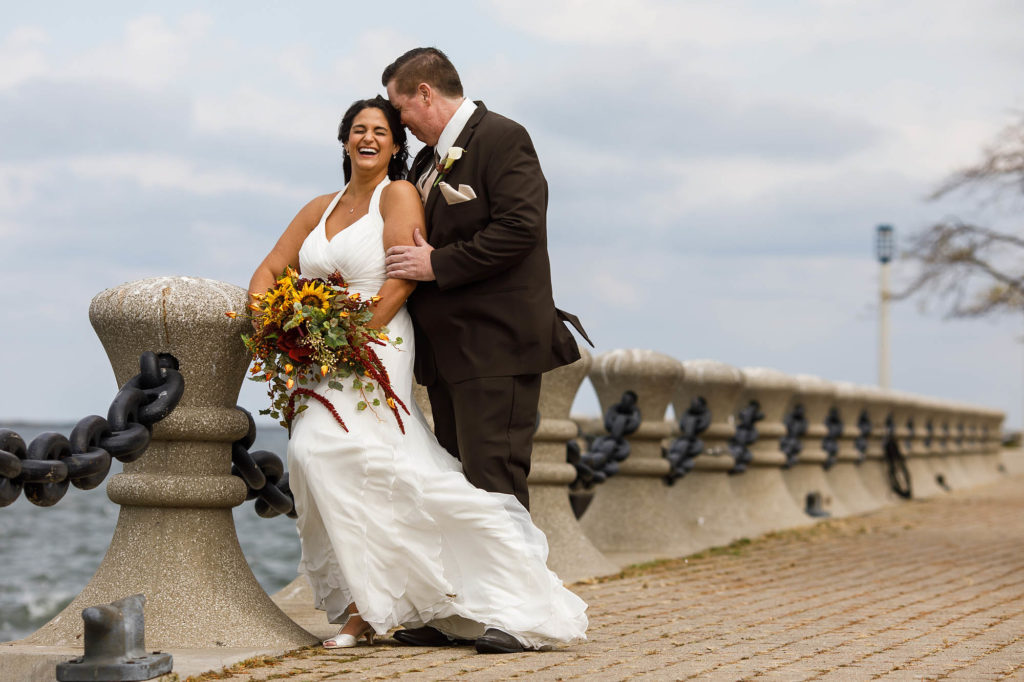 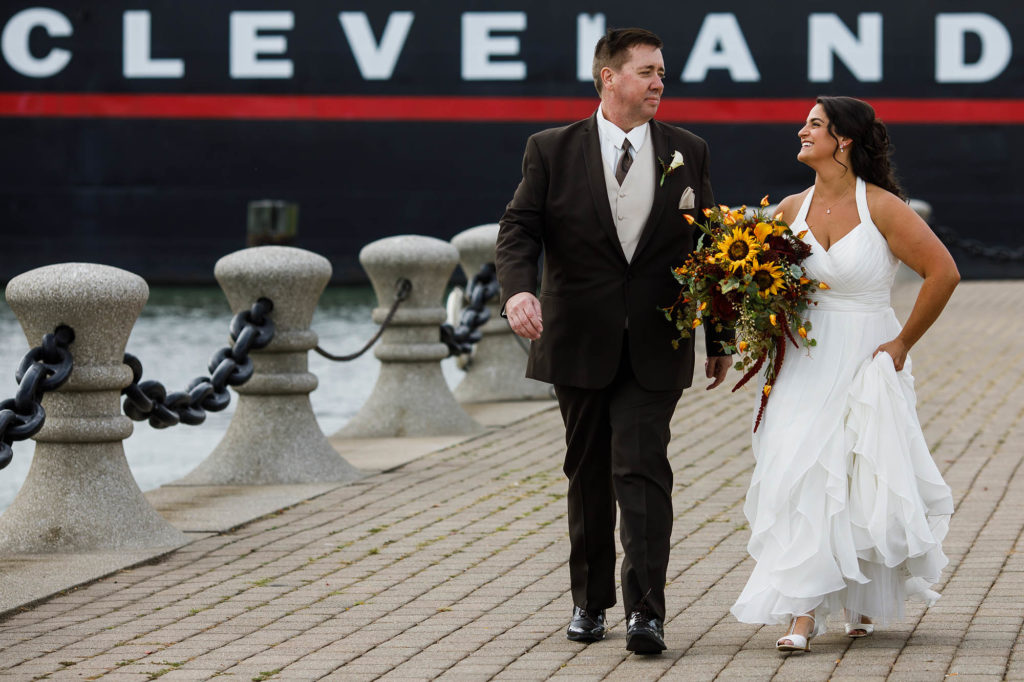 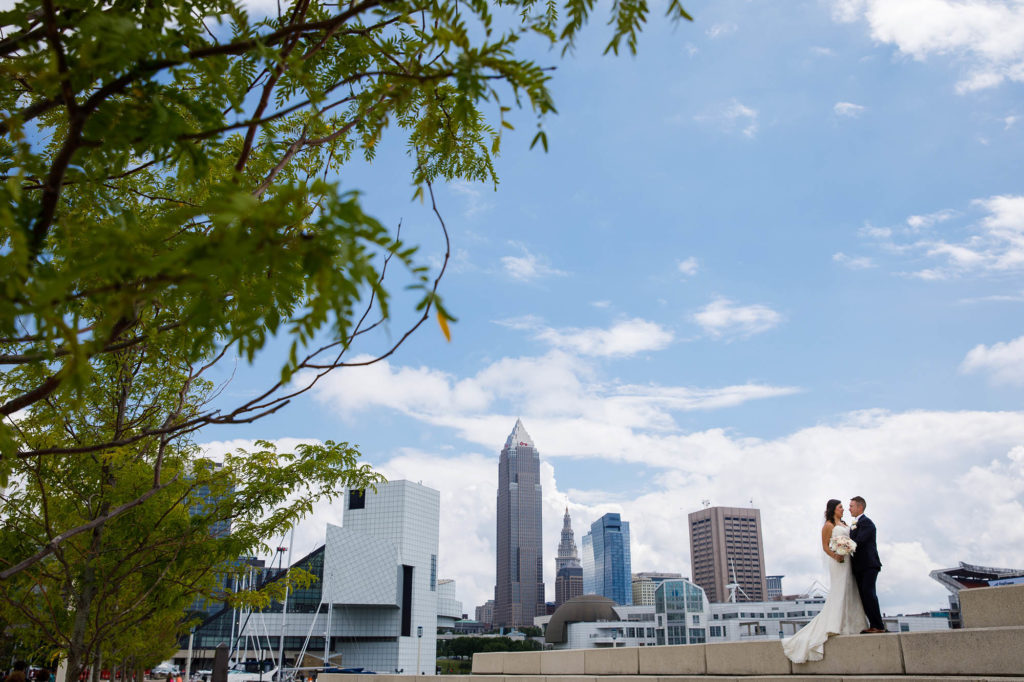 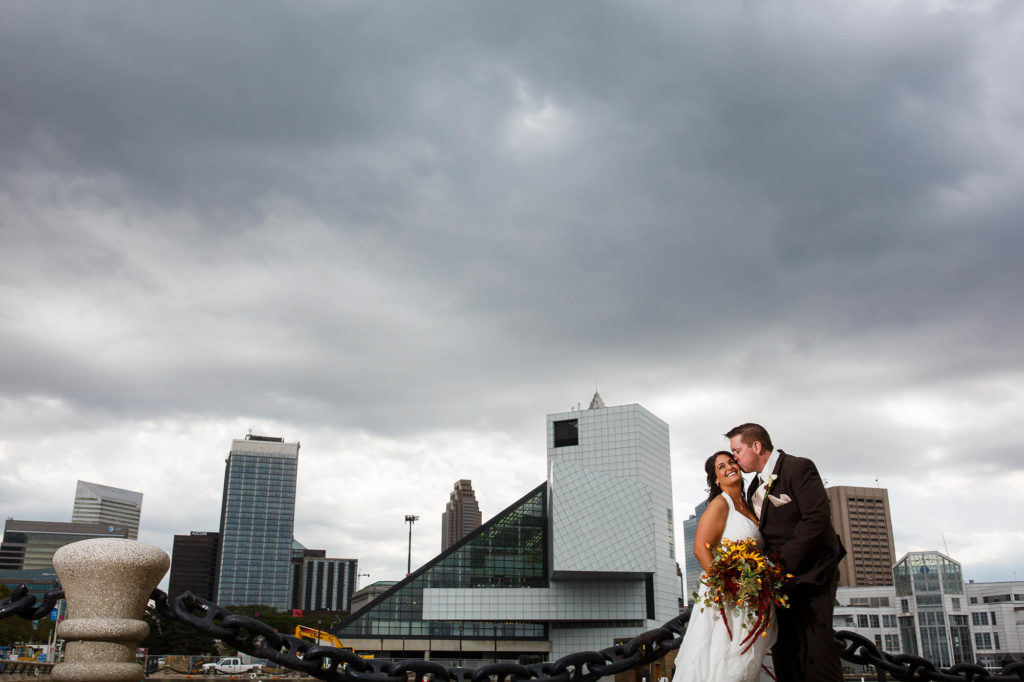 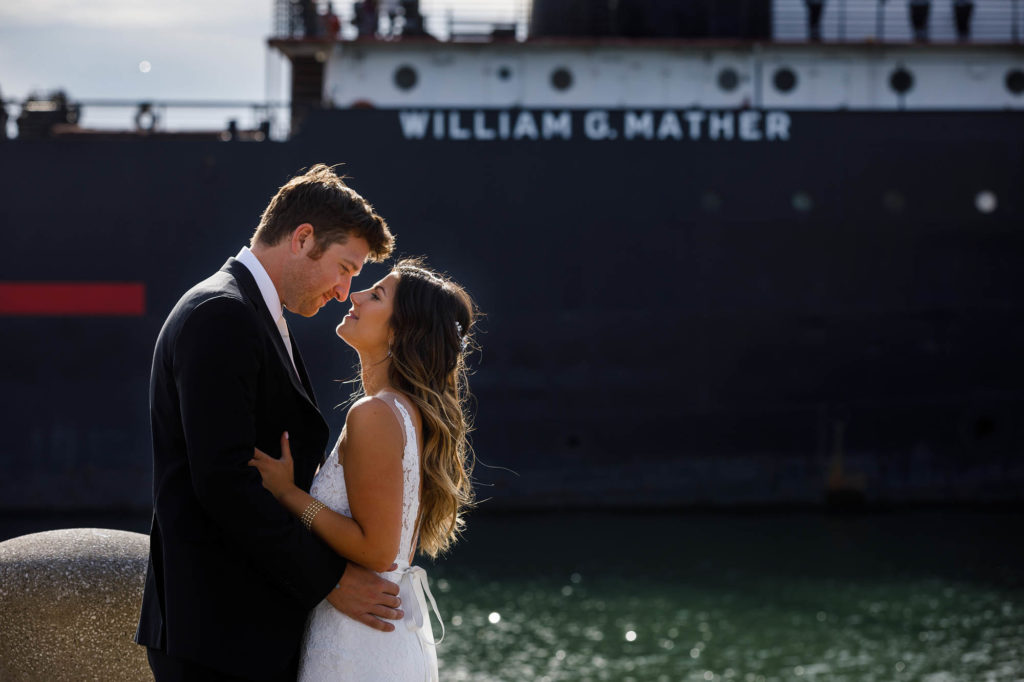 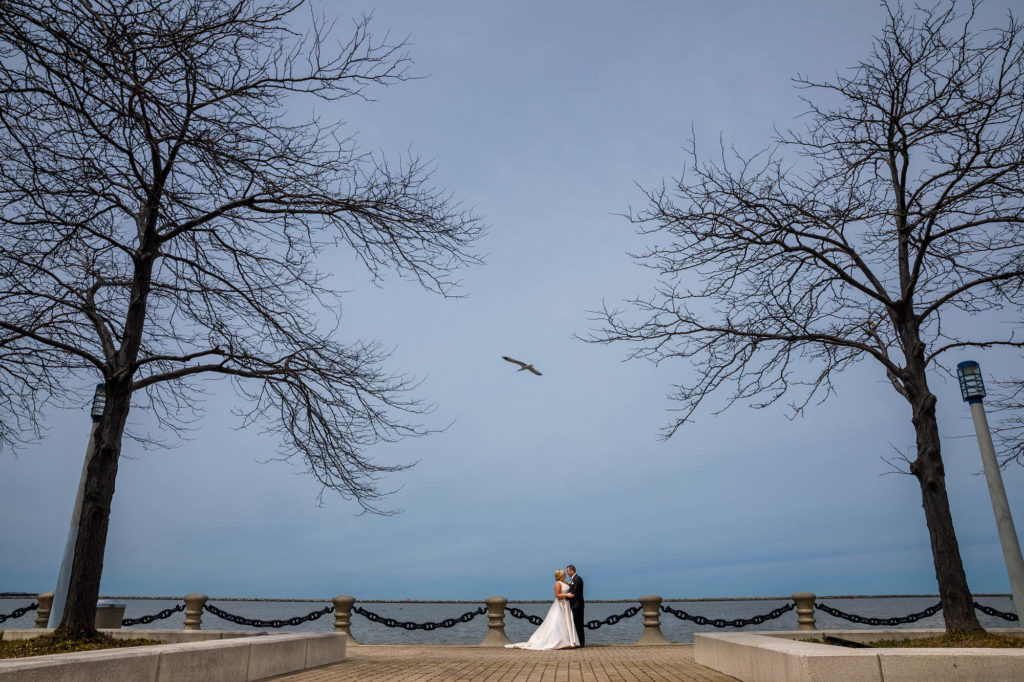 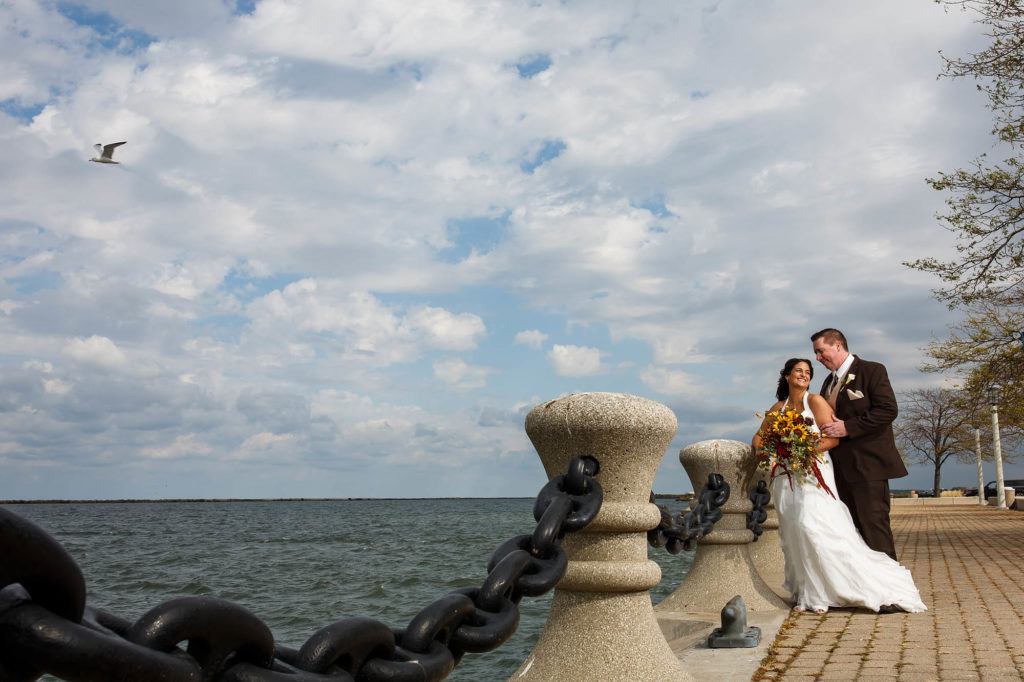 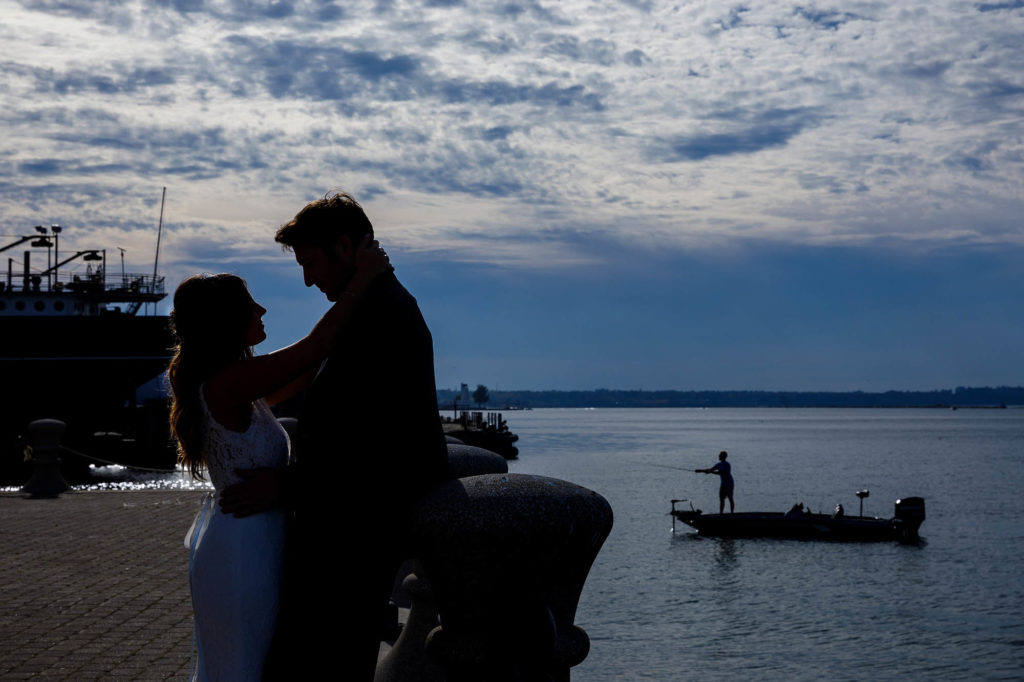 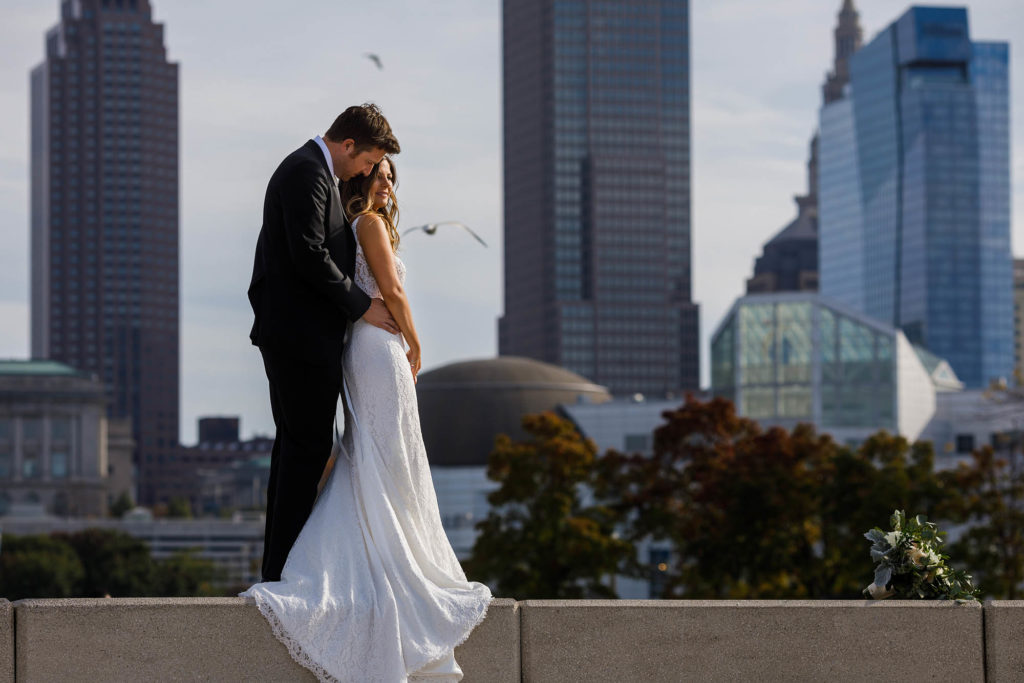 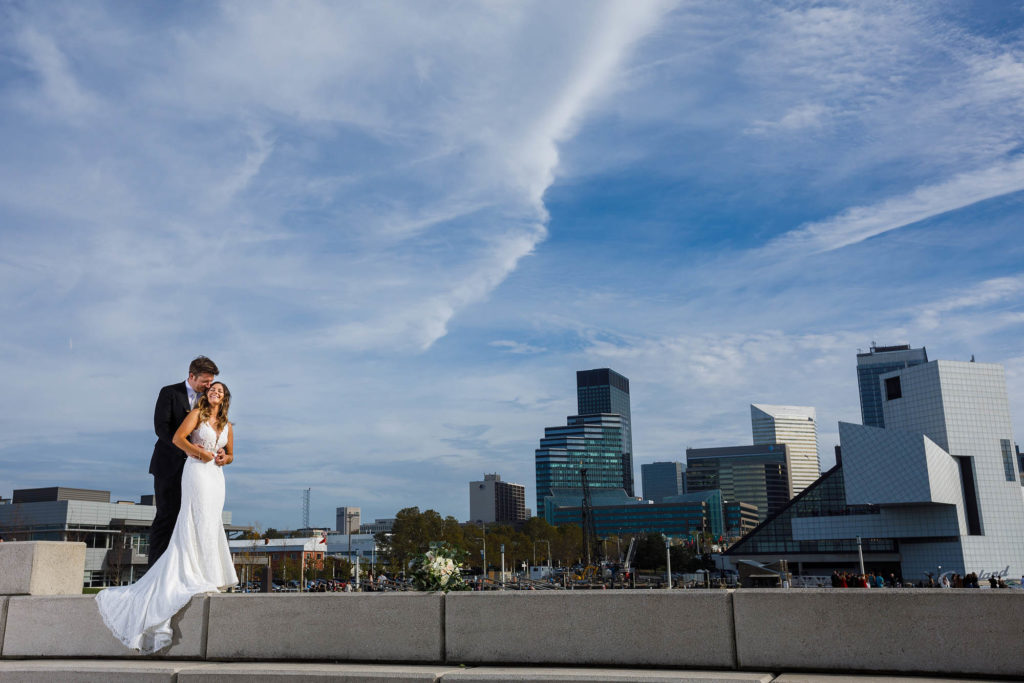 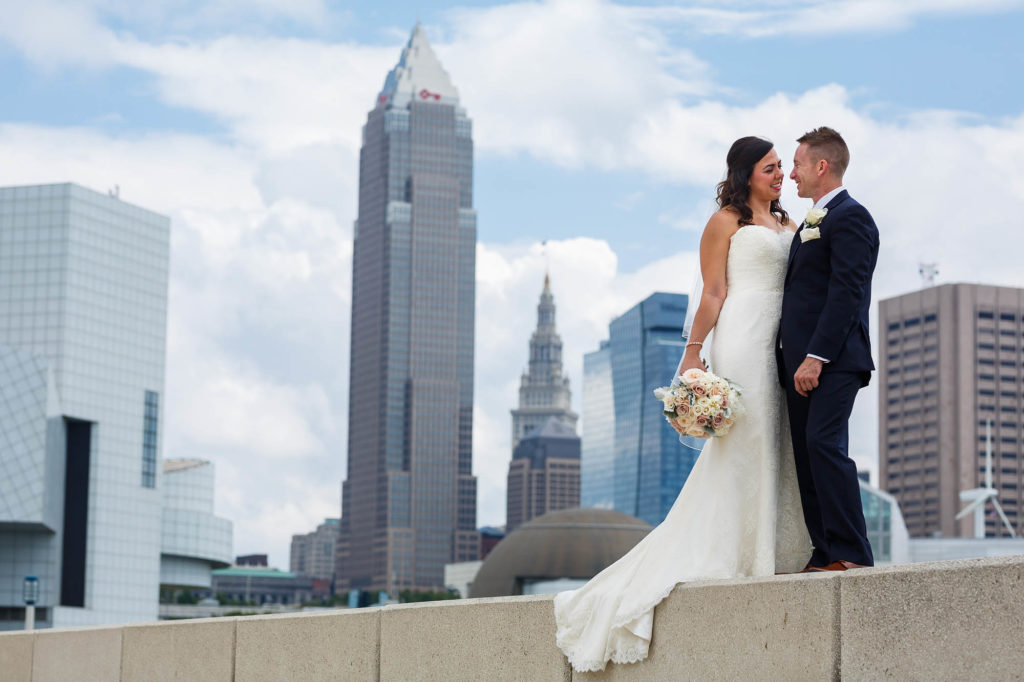 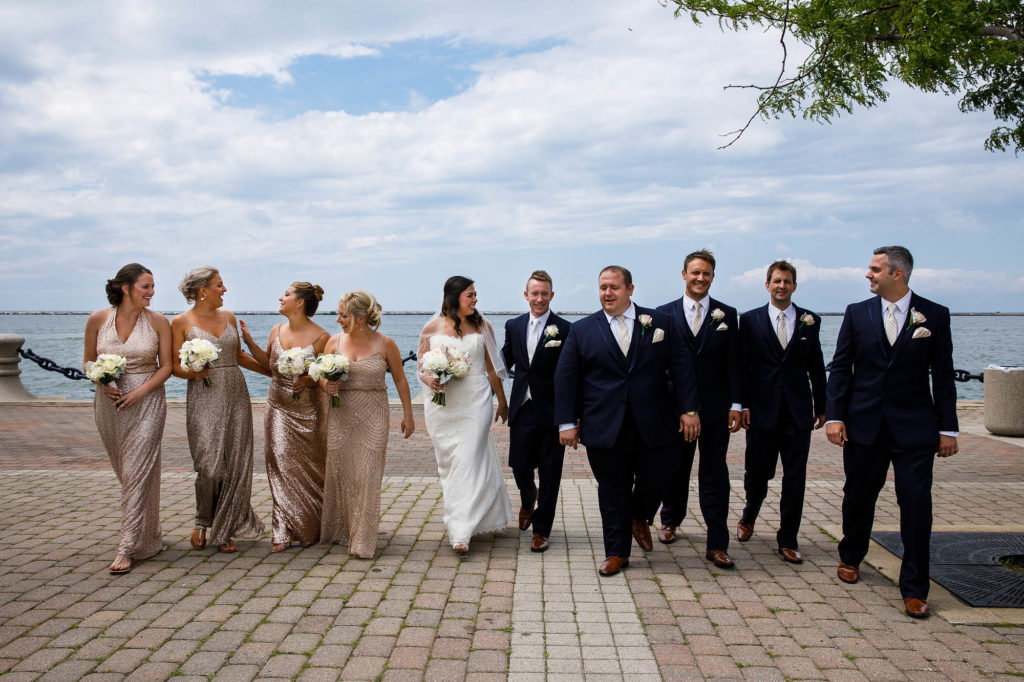 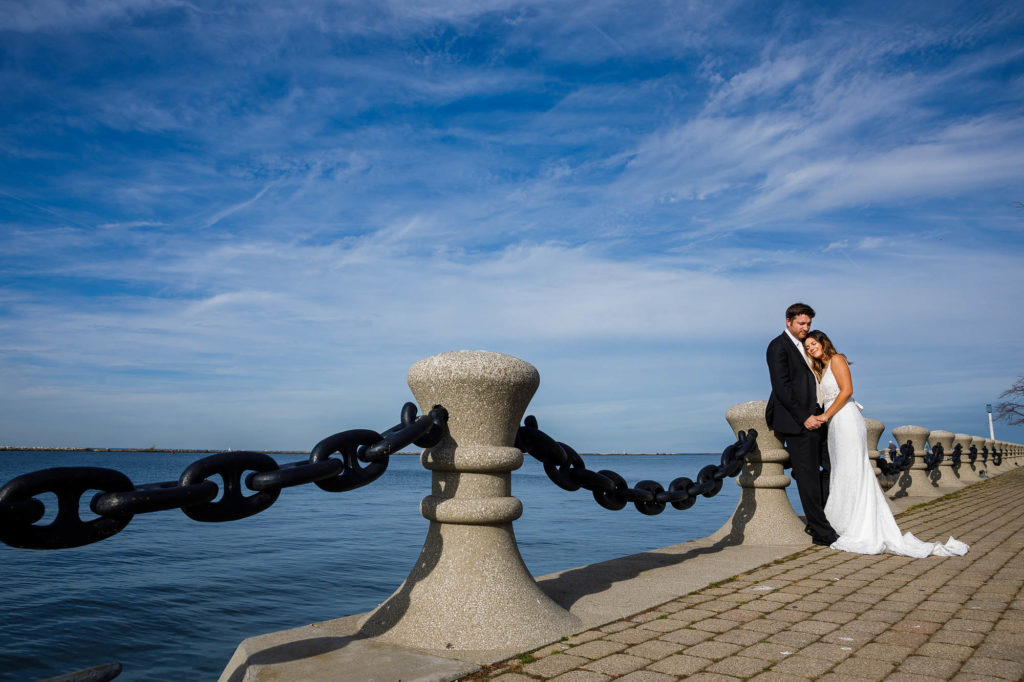 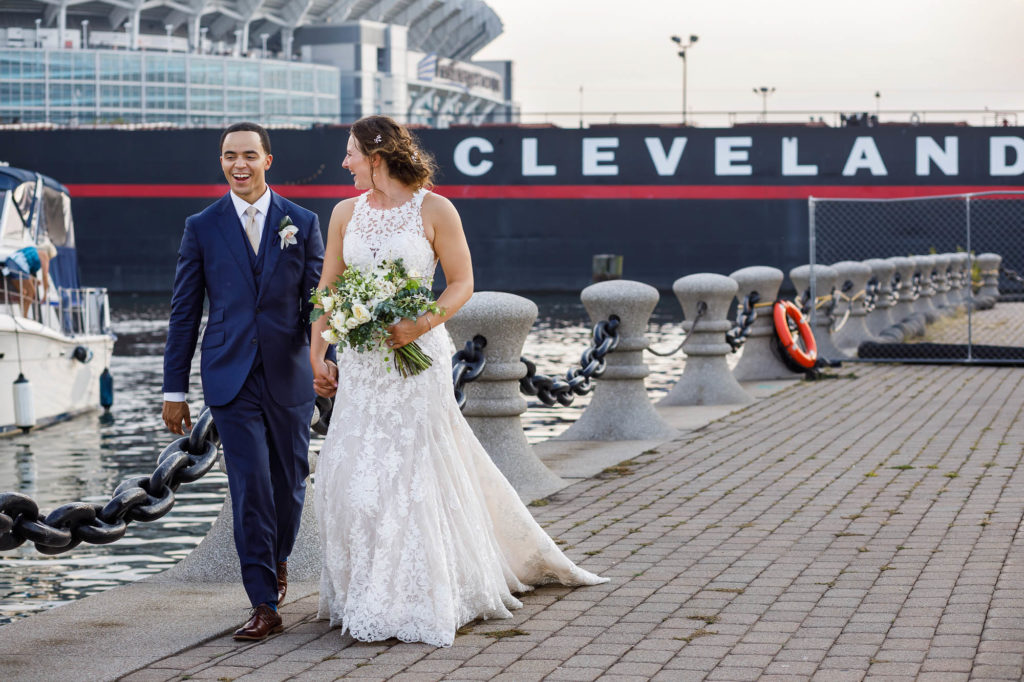 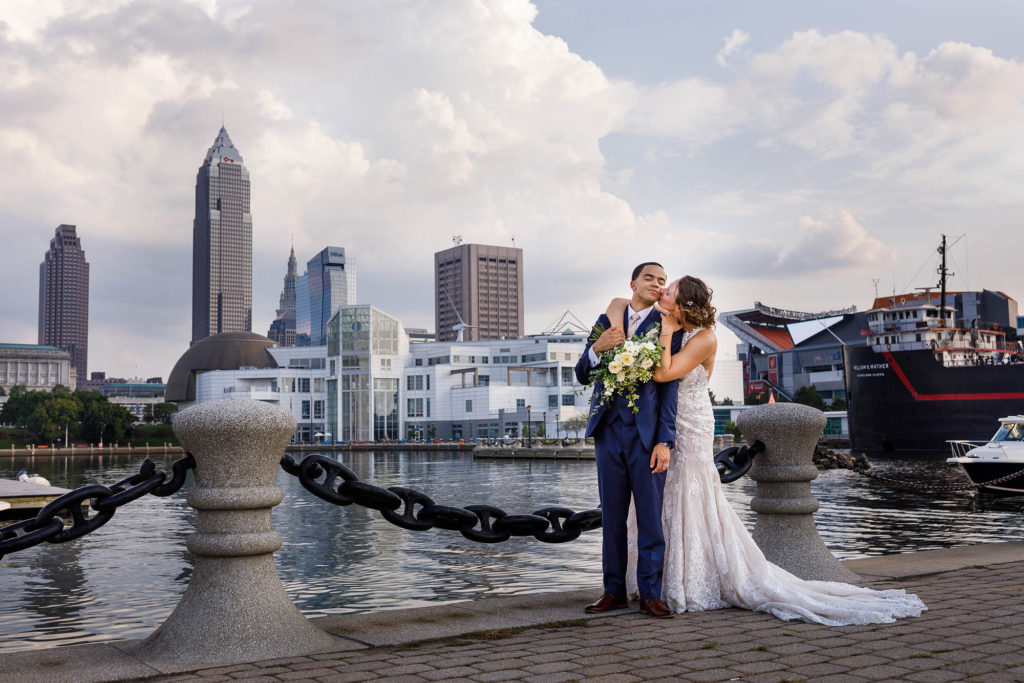 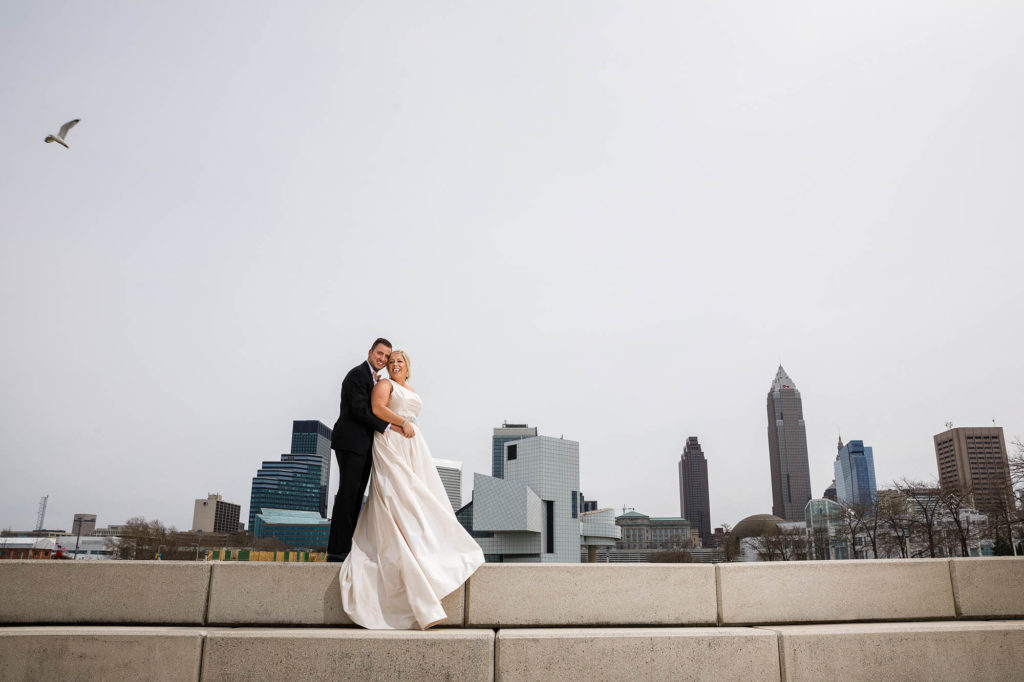 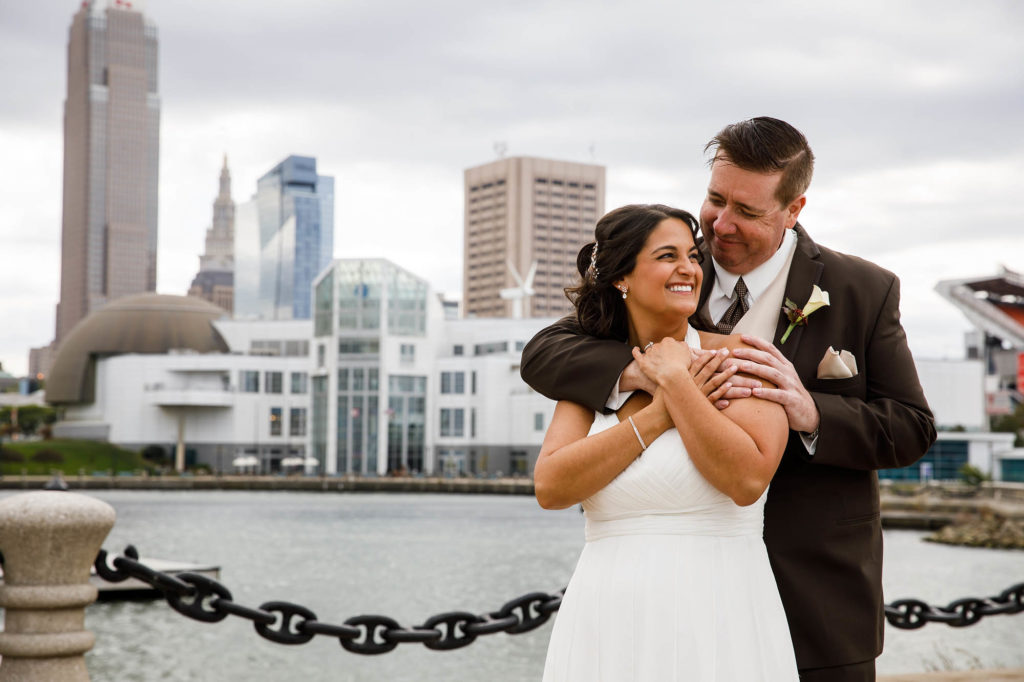 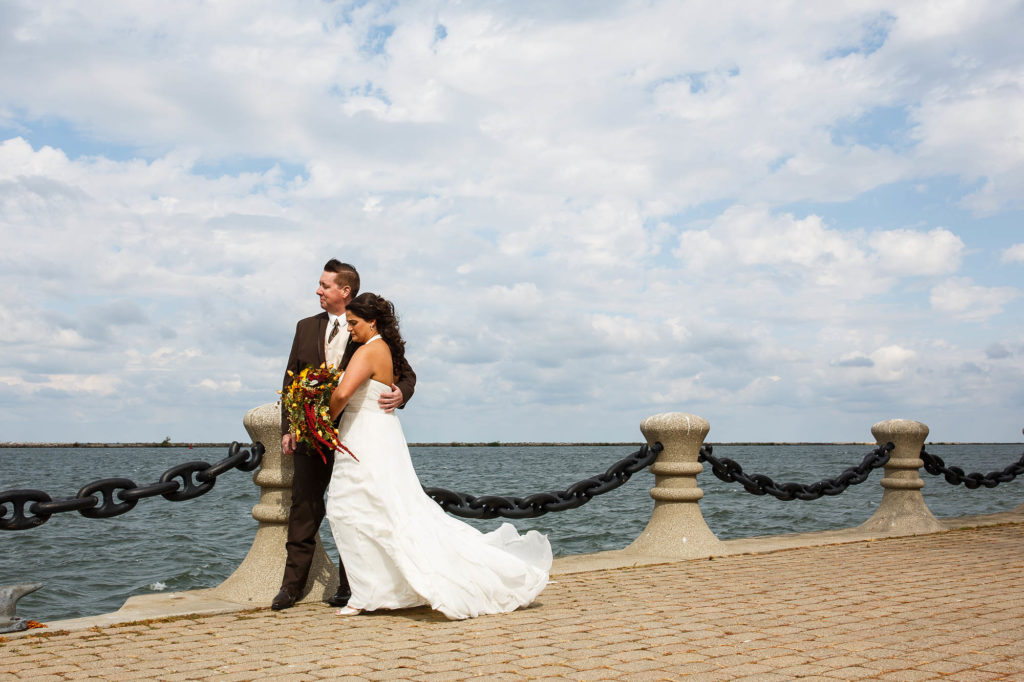 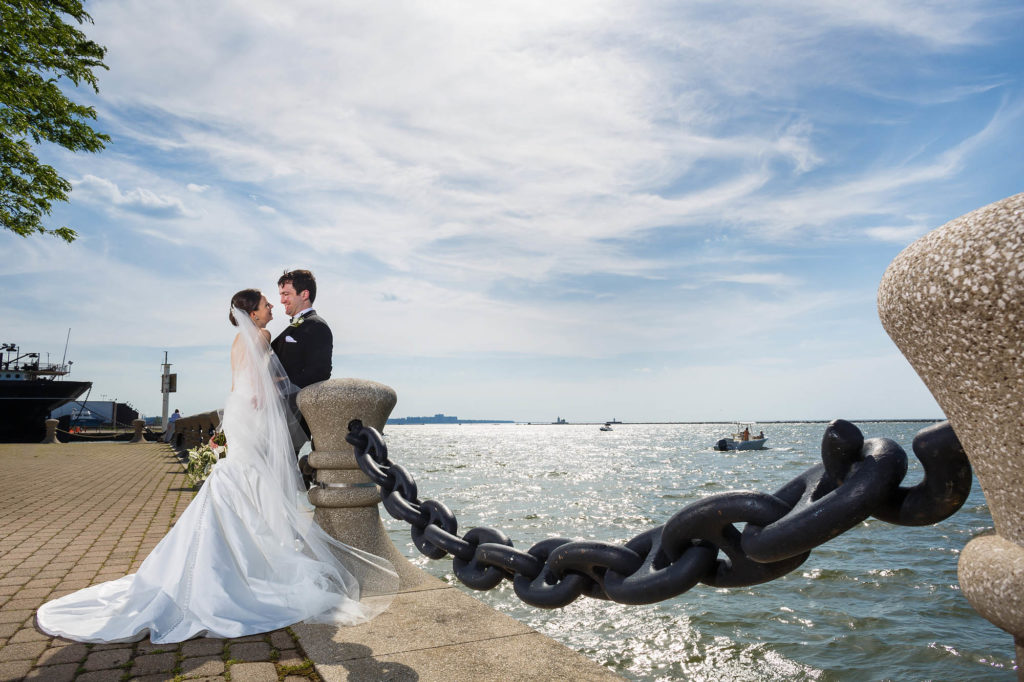 Tips on Time of Day

There is very little shade to be found in the park so visiting later in the afternoon or evening is much better than the middle of the day.  The sun will start to set over the lake and some truly beautiful light can bath the park on a summer evening.

What We Love About Voinovich Park

This is a fantastic spot to hit for some iconic Cleveland imagery if your wedding day schedule allows it.  It’s not the easiest spot to get to but the views of the lake and the city are hard to match anywhere else.

by James & Genevieve
A Fall Wedding at St. Francis De Sales and Dante Next Door 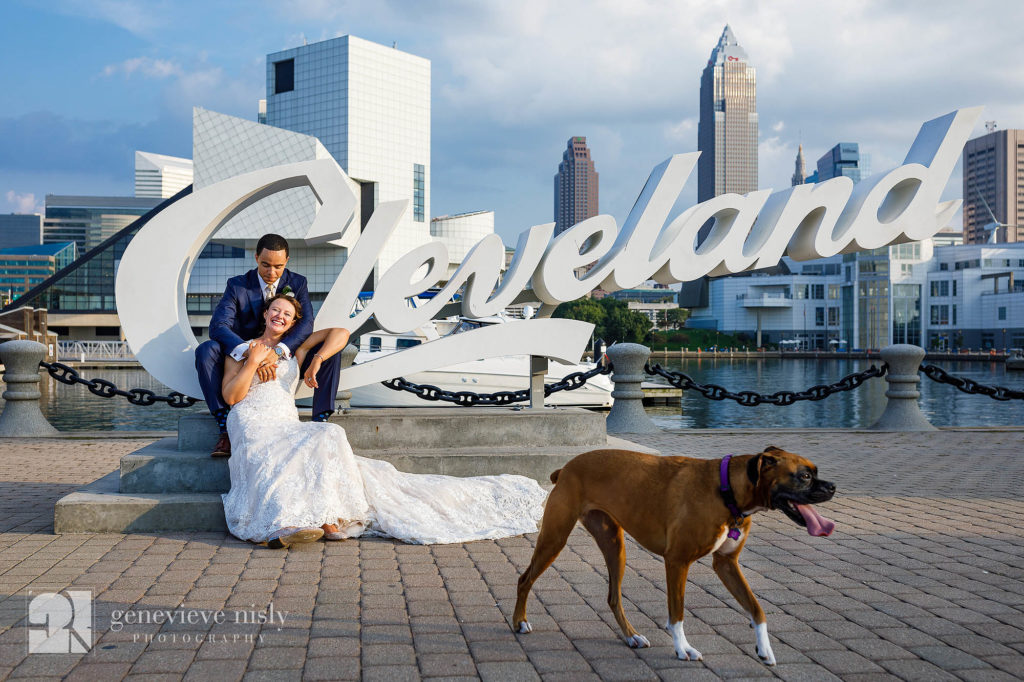 by James & Genevieve
A Summer Wedding at the Hilton in Cleveland 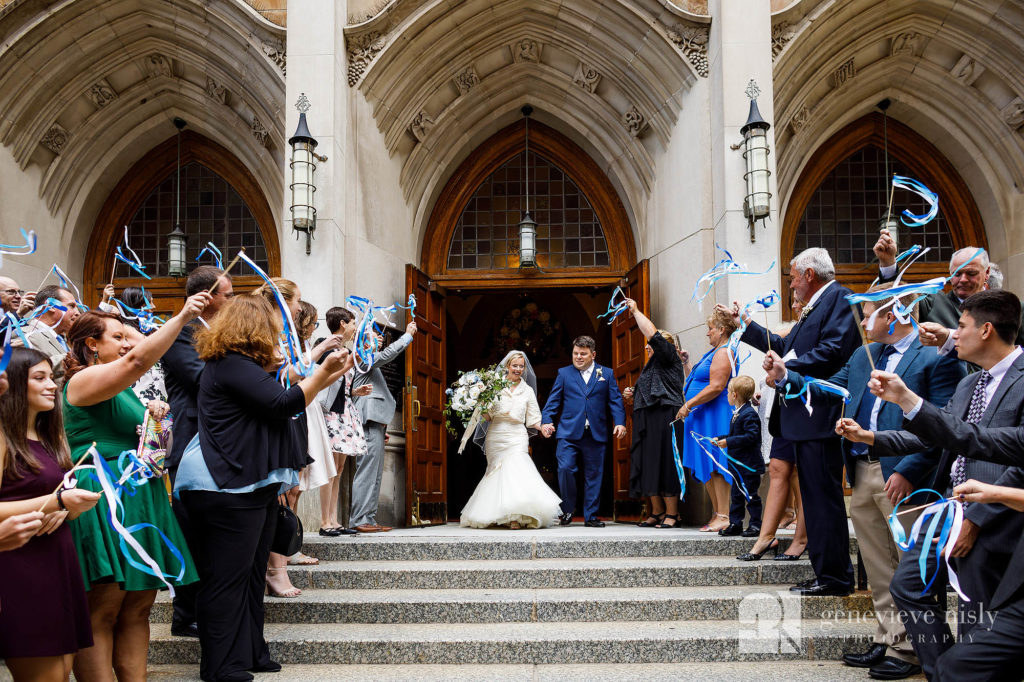 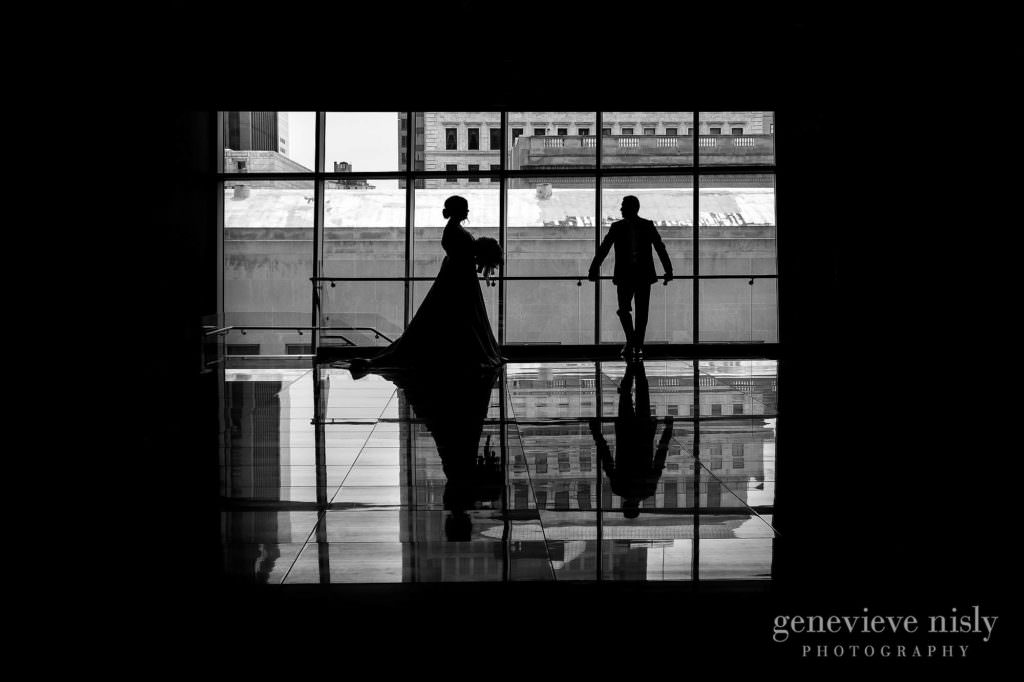 by James & Genevieve
A Spring Wedding at the Westin in Cleveland 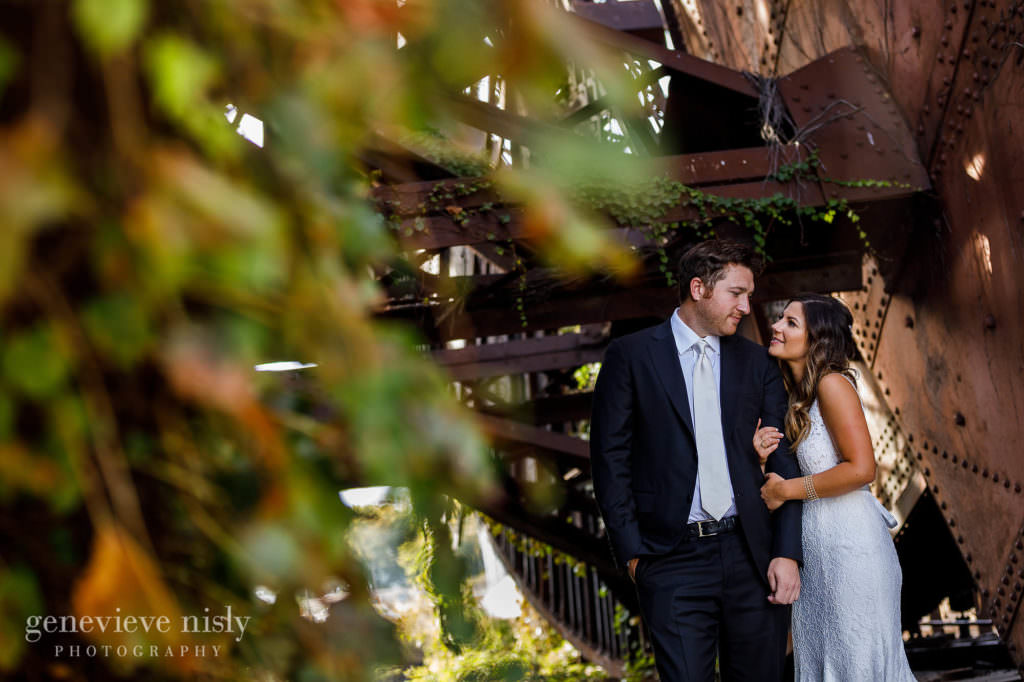 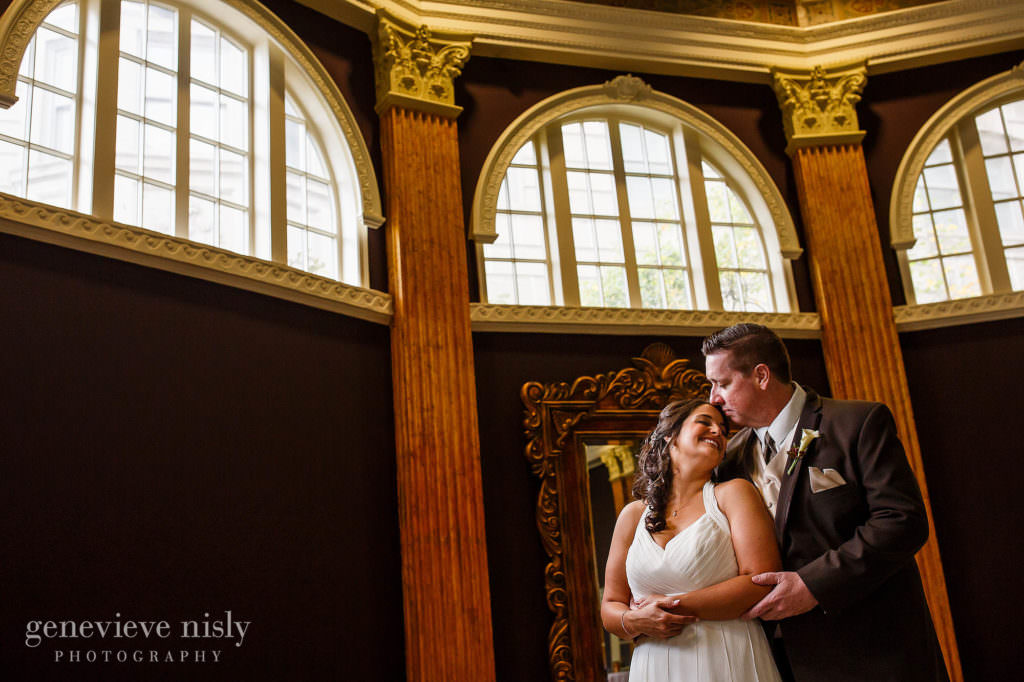 by James & Genevieve
A Fall Wedding at the Park Lane Ballroom 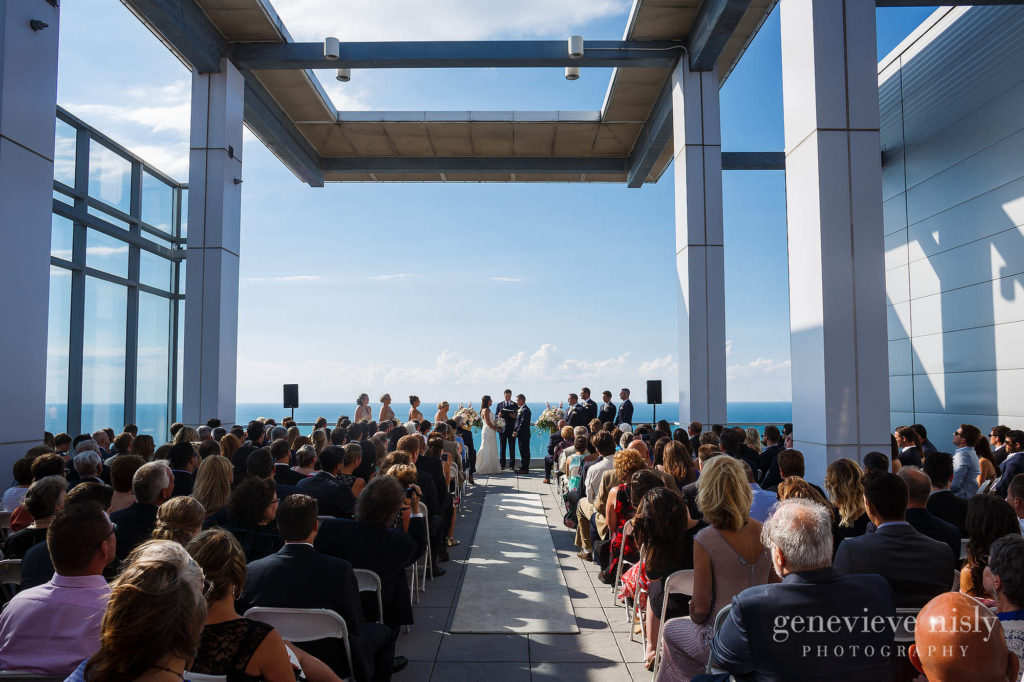 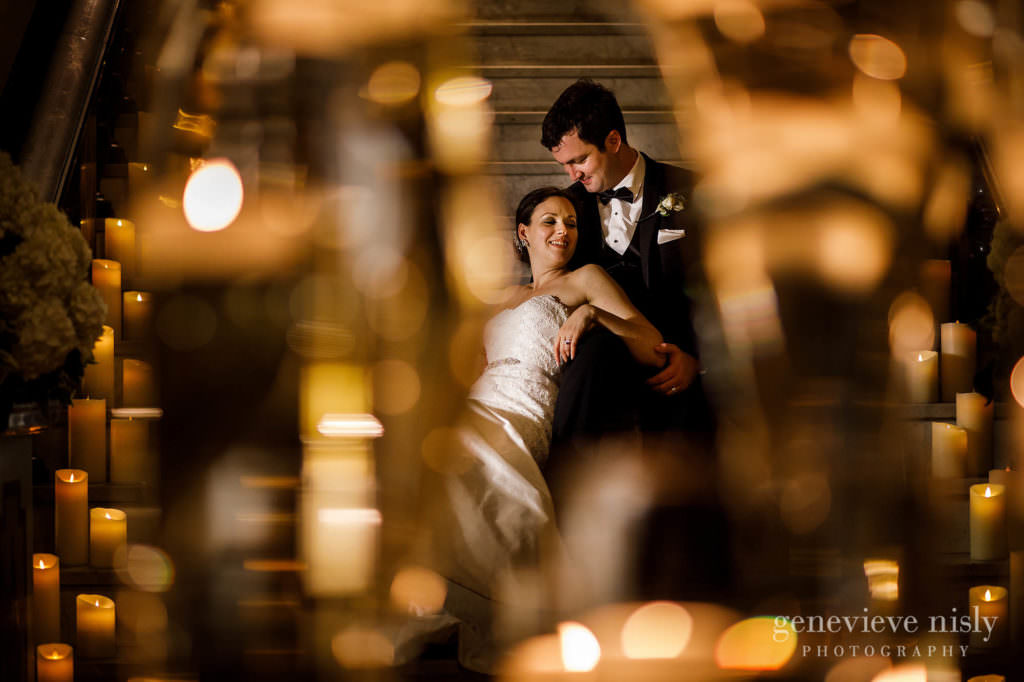 by James & Genevieve
A Summer Wedding at The Union Club 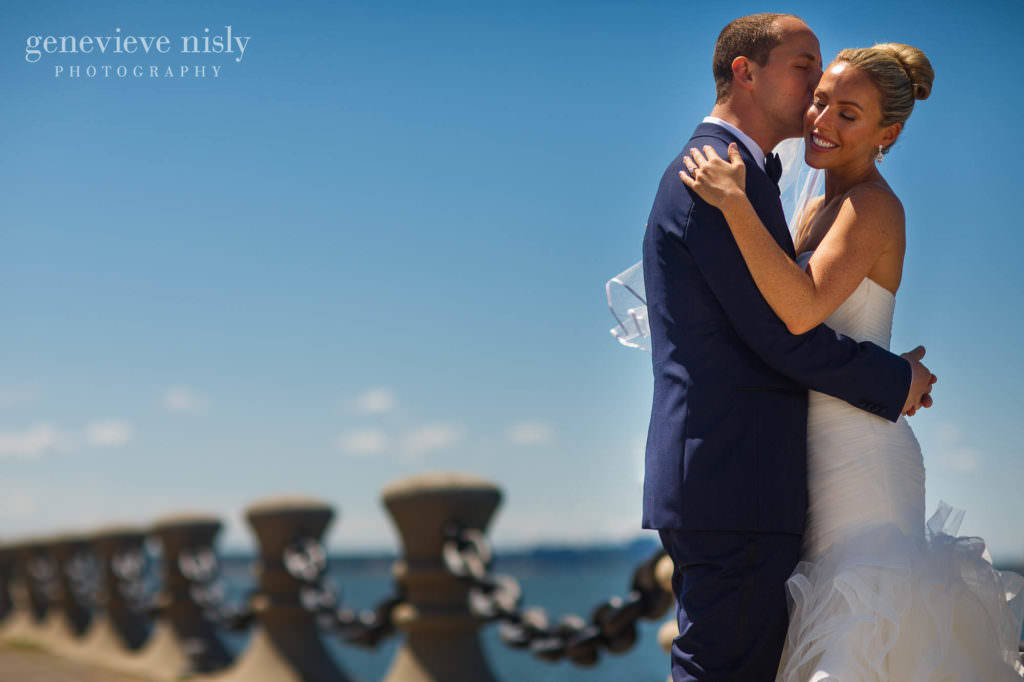 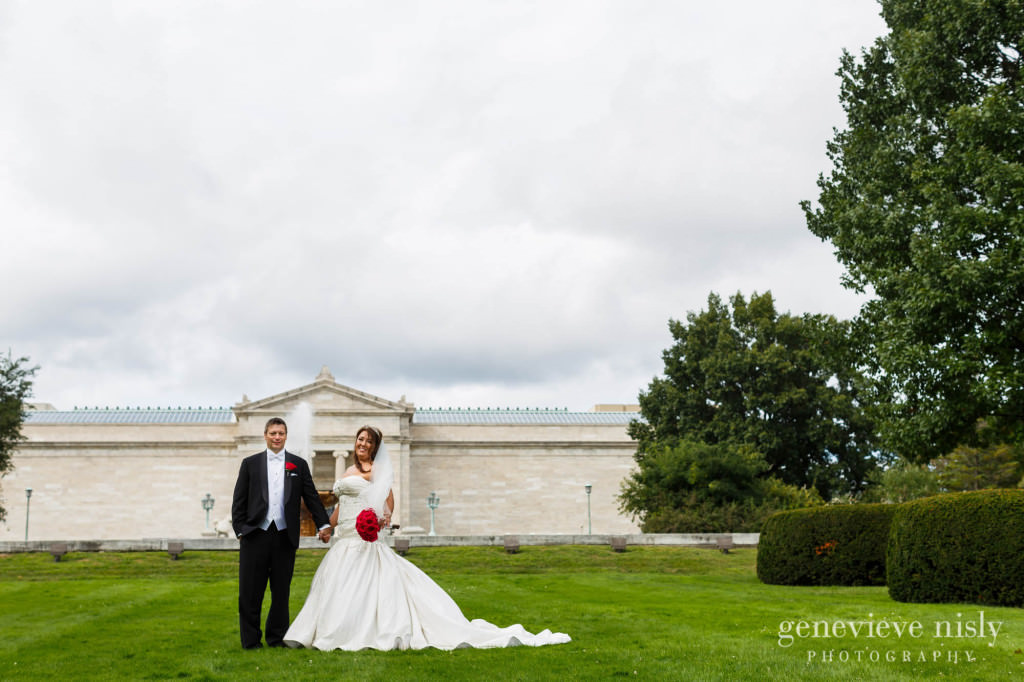